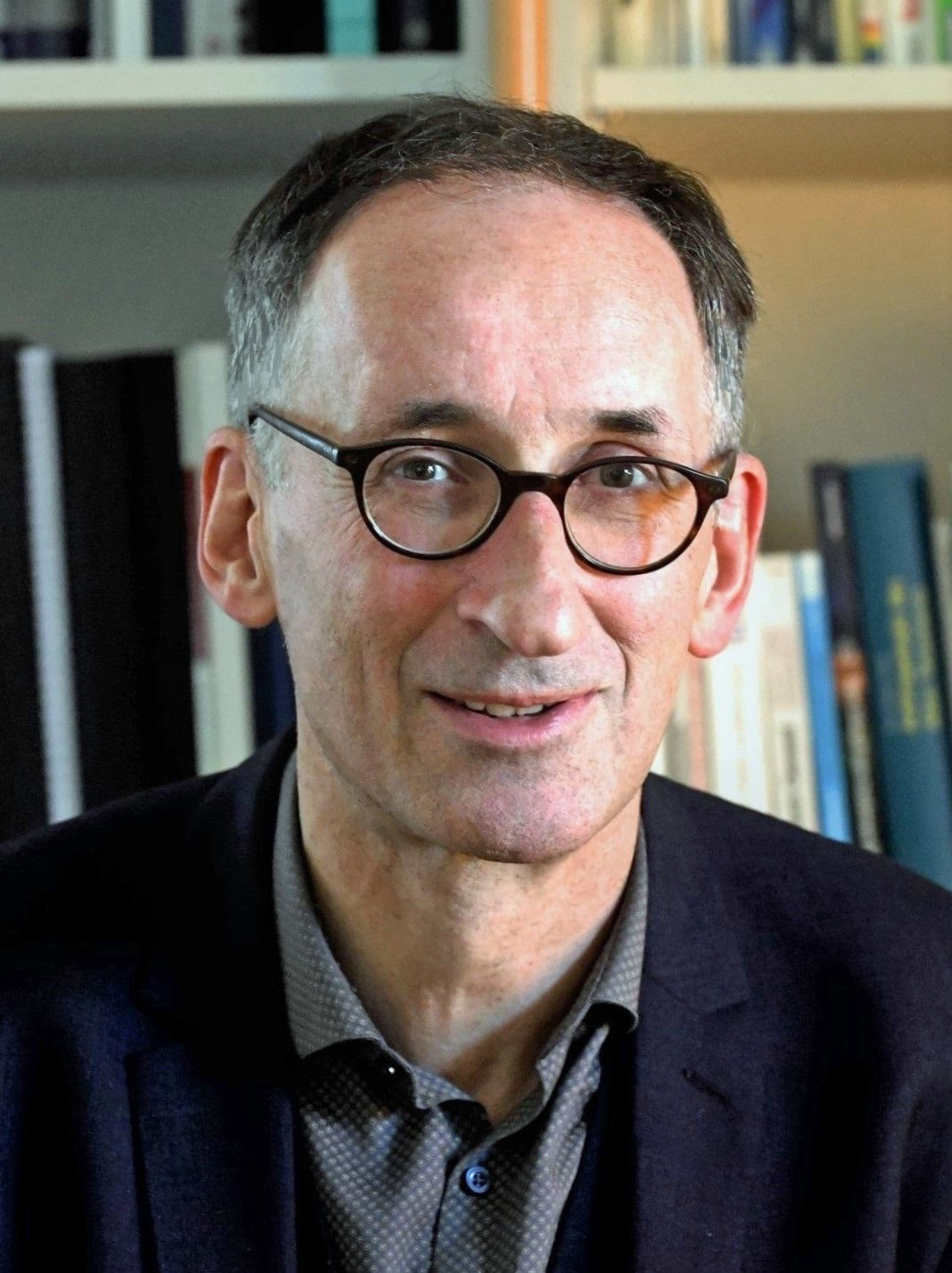 In choosing the Heidelberg psychiatrist and philosopher Thomas Fuchs as the recipient of the Erich Fromm Prize 2023, the jury deliberately wanted to set an example. Thomas Fuchs, MD, PhD, is Karl Jaspers Professor of Philosophy and Psychiatry at Heidelberg University and the head of the Phenomenological Psychopathology and Psychotherapy section. His main areas of expertise include phenomenological philosophy and psychopathology, as well as em-bodied and enactive cognitive science with a particular emphasis on non-representational, interactive concepts of social cognition.

One of his main concerns is to critically examine the theoretical premises of neuroscientific brain research. The brain is not, as is often assumed, a particularly differentiated and highly complex computer; in general, the comparison with computational models (such as algorithms capable of learning) is not suitable for understanding the function of the human brain. Nor is it the case that the perception of reality is only a result of the brain.

Fuchs proves already for the simplest forms of life that life is possible only in relation to the environment. The neuronal activity of the brain is therefore - like every life - permanently related to the body and the environment. Fuchs' main work, first published in 2007 and now in its 6th edition, is therefore entitled Das Gehirn – ein Beziehungsorgan [The Brain – An Organ of Relationship] (Stuttgart 2021). To put it in his own words, «This book arose from the endeavor to place the progress of brain research in an anthropological context that allows us to understand the brain as an organ of mediation for our bodily, mental, and spiritual rela-tionships with the world - as an organ of relationship» (p. 9).

Fuchs summarizes the result of his investigation as follows: «Despite all its fascinating achievements, the brain is not a world creator, not a 'cosmos in the head', but primarily an organ of mediation, transformation and modulation. It is embedded in the interrelationships of the organism with its environment and in the interrelationships of the human being with other human beings. It receives them, bears them, and makes them possible, but without producing them» (p. 322).
This understanding of the brain's function as a relational organ shows a striking similarity to Erich Fromm's social psychological thinking and concept of (social) character. In the mid-1930s, Fromm recognized that our thinking, feeling, and acting cannot be explained by an intrinsic-instinctual dynamic of an innate drive, but by the need for relatedness to reality, to other people, and to oneself. It is thus the internalized experiences of relatedness in the form of character formations (or memories) that determine our thinking, feeling, fantasiz-ing, and acting each time anew.

No doubt, therefore, that Fromm would fully agree with Fuchs' insight: «For all mental-spiritual capacities that the child acquires in the course of its socialization, for all culturally determined learning processes, the brain represents the highly plastic matrix. Once formed, neuronal structures or linking patterns serve as ready open loops, which admittedly cannot be reshaped arbitrarily - that is, after all, the purpose of memory, but which reflect only those connections and relationships that the individual himself has experienced and incorpo-rated» (p. 327).

Tickets for the ceremony can be ordered from the Business Bureau of the International Erich Fromm Society, c/o Klaus Widerström, E-Mail: info@fromm-gesellschaft.de